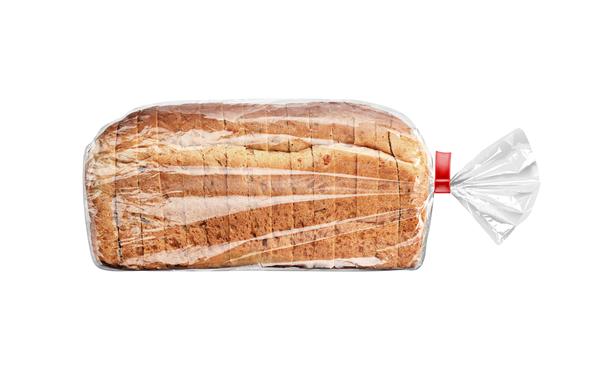 Did you know that steam is used extensively in commercial bakeries to produce bread? Steam is critical to the proving stage of bread production, as well as ensuring that there is a nice glossy crusty crust on your bread.

Steammain looks at the ingredients, the process, and where steam is used.

The principles of baking bread have been established for thousands of years. The basic ingredients are flour, yeast, salt and water.

All bread making processes rely on four key steps, these being:

In 1961 the British Baking Industries Research Association in Chorleywood, Hertfordshire, devised a bread-making method using lower-protein wheat, an assortment of additives and high-speed mixing. Over 80 per cent of all UK bread is now made using this method and most of the rest uses a process called ‘activated dough development’ (ADD), which involves a similar range of additives. The story is similar process wise when looked at globally too. So, apart from a tiny percentage of bread, this is what we eat today.

The Chorleywood Bread Process (CBP) produces bread of phenomenal volume and lightness, with great labour efficiency and at low apparent cost. It isn’t promoted by name, you won’t see it mentioned on any labels. The whole process from flour to a ready loaf can be done in about 3 ½ hours.

The CBP is able to use lower protein wheats to produce bread. This development has enabled more bread to be produced in the UK where UK wheat’s don’t normally have a high protein content.

This involves the mixing of the raw ingredients together using intensive high speed mixers to make the dough. This mechanical energy, which is forced into the dough allows the chemical binding process to initiate faster. Once mixed the dough is formed into individual pieces which will eventually form the baked loaf.

Proving (occasionally referred to as proofing) prepares the dough for baking by subjecting it to an elevated temperature and a high level of humidity in a controlled environment. This encourages the yeast to ferment and the dough to rise. This is done in a bread prover, which is a large “box” typically about 30 to 40m long. They are predominantly an “L” type shape. They are commonly manufactured with this geometry so that they can fit in the space above an oven to make best use of the available space in the bakery. Also by using this configuration any energy lost through the oven walls and roof is indirectly recovered to provide heat to the prover. During proving the yeast in the dough fermentation produces carbon dioxide gas, this expands the size of the dough.

Steam is injected into the prover air supply duct from a steam line connected to a centralised steam boiler. Low temperature steam (approx. 1 bar) is used for this application. Steam is automatically injected into the prover when the relative humidity at the sensor falls below the desired set point. The conditions desired within a bread prover are dependent on the type of product. Typically the relative humidity is 65% and the temperature is 50 degrees Celsius. Usually the heat supply is provided by using a gas burner on the prover.

Bread baking subjects the dough to high temperatures in order to evaporate moisture and convert fragile dough to stable bread. Once the dough reaches 74 degrees Celsius the gluten structure is set, which ensures that the carbon dioxide cells are retained in place within the bread, giving the product its porous nature. The moisture loss from the dough needs to be carefully controlled. Excessive moisture loss requires more energy for evaporation and more raw materials at the start of the manufacturing process, while decreased moisture loss often results in a softer crumb and increased shelf life.

Commercial bread ovens are typically tunnel type ovens that can be up to 30 to 40m long. The oven is often split into three zones so the baker can alter the profile of the conditions within the chamber, such as bake time, air velocity, air temperature, and steam injection. The ovens can be direct or indirect, with the burner typically powered by gas. Most baking ovens use steam injection at the start of the baking process to increase the glossiness on the bread surface, and to ensure a crunchy crust. Steam is injected into the oven and therefore onto the top surface of the bread to achieve this. Steam gelatinises the starch and protein on the exterior of the loaves without forming a hard shell. After the steam is removed, the gelatinised layer dries out forming a thick crunchy crust. With no steam, it is more difficult to keep the exterior of the bread from forming a paper thin shell.

The purpose of cooling is to lower the temperature of the bread in preparation for the slicing, packaging, and distribution. This is often the most time consuming process in a bakery. The bread is de panned and then cooled. Once the bread is cooled it can be sliced, and packaged. Slicing is done using mechanical slicing machines, which ensure a uniform width of the bread slices depending on the required product type. Once sliced the product can be packaged in a plastic bag or wax wrapped.

The bread is then purchased and eaten by the consumer. We hope you enjoyed reading this article.