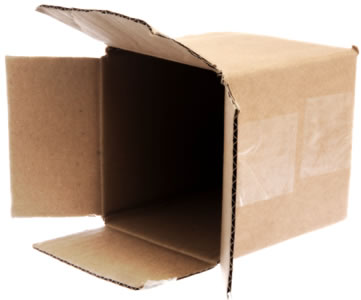 The humble cardboard box is something which is often overlooked and taken for granted, however it is an important part of our everyday lives. From the high tech electrical goods which come packed in stout cardboard boxes to protect them, to the more mundane everyday goods, they will all normally use corrugated cardboard. The vast majority of the time the box does its job protecting its contents which are intact and in perfect condition when the box is opened. Made from paper, corrugated cardboard can easily be recycled as it is a great source of fibre.

When opening their cardboard box the general public are not aware of the key role that steam plays in the production of corrugated cardboard. Corrugated cardboard is made up of liner and fluting. The liner is the flat sheet of paper/card, which the fluted (corrugated) paper/card is glued to with a starch and water based glue. Different numbers of liners, and fluting layers can be used depending on the desired type of cardboard required. The height of the flute can be varied for different applications and uses of the cardboard too.

The first commercial corrugating machines were developed by the Langston Company in the 1930’s in USA. Today there are many other companies which make the machinery to make corrugated cardboard.

Typically the corrugator process can be divided into three different areas. Single facer, a second single facer, and double backer. Both of the single facers operate on the same principal, they produce a board consisting of a liner with a single fluting.

The single facers do this by taking card from a large reel (for the liner), passing it over a steam heated rotating cylinder, where it meets card taken from another reel (for the fluting), which is again heated by a steam heated rotating cylinder. After the card from the fluting reel is pre-heated, it is fed through a steam shower (to make the card more pliable) and then into a corrugating roll which shapes the corrugations. Once the corrugated pattern is made on the card, a starch type glue is rolled onto it. It is at this point that the fluting (having been shaped and with glue on it) meets the liner, where is rolled together with a press roller.

The output, from each of the single facers go to the next area of the corrugating machine, the double backer. The job of the double backer is to take the output from the single facers (liner with single layer of fluting on it), and produce the desired type of cardboard. The desired cardboard may be single faced (single liner with single fluting), double faced (liners on each side of a single layer of fluting, the most common), double walled (three liners with two flutings), or triple walled (four liners, and three liners).

The double backer normally consists of a triple stack, glue heater, and hot plate section. The triple stack has three steam heated rotating cylinders which pre heat the output from the single facers. The outputs from the triple stack go through a glue machine which spreads the glue on the desired parts of single faced boards. On from the glue machine the different constituents of the desired board meet and are rolled together and pushed down using a felt blanket onto the hot plates sections. The hot plate section sets the glue and dries the board out, after which it can be taken for cutting to the desired shapes for boxes and other uses. The hot plates are normally divided up into three sections and are steam heated. The temperature of the three sections are different and are normally changed depending on the type of cardboard and grade that is being run through and made. Due to the unique properties of steam the pressure of the steam serving each of the plates section is set by using a pressure reducing control valve. As saturated steam at a certain pressure has a corresponding temperature, this allows the exact temperature of each plate section to be controlled and set as desired.

Having covered the key role that steam plays in the production of corrugated cardboard, spare a through for steam when you open that next package that comes through the post, or which you purchase from the shops!