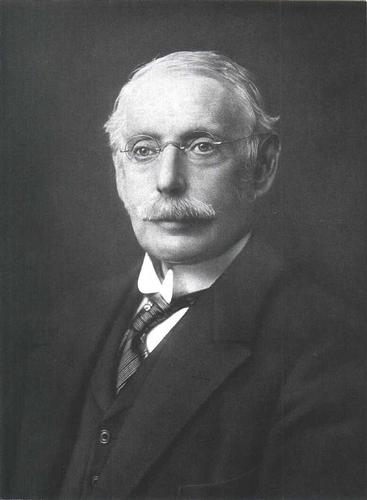 Today it is estimated that approximately 80 percent of the world’s electricity is generated by steam turbines turning their attached generators. Without steam turbines the lights would literally go out over the world. This is the story of Parsons its inventor.

Charles Algernon Parsons was quite an extraordinary man, in today’s language he would be known as a ‘Technology Entrepreneur’.

Holding over 300 patents, shares in numerous businesses, always looking to improve the technology and processes of the things surrounding him.

Of course, it was the steam turbine that he is best known for, a revolutionary design that went on to power many things from electricity generators to Royal Navy destroyers.

Born June 1854, he was the youngest son of the famous astronomer Lord Rosse (William Parsons) and the photographic pioneer Mary Parsons, nee Field.

An education from Trinity College, Dublin and St Johns College, Cambridge saw the young Parsons graduate with a First Class degree in mathematics in 1877.

Rather unusually for the son of an Earl, Parsons started his working life as an apprentice at the engineering works of Sir William Armstrong: Armstrong and Whitworth, Elswick. It was here that he started formulating his ideas regarding steam power, he was even permitted to develop these ideas, but at his own cost.

In 1881, Parsons left Armstrong and Whitworth to join James Kitson, Leeds. In the two years that he spent there and along with Kitson, they patented the four cylinder, high speed epicycloidal steam engine.

1883 was a significant year for Parsons, married to Katherine Bethell, their marriage resulting in two children; Rachel Mary and Alginon George.

Along with his marriage, he became junior partner at Clarke Chapman & Co, Gateshead, now in charge of the new electrical department. He concentrated his efforts on devising a high speed engine to drive the newly introduced electrical generators along with a high speed generator.  A patent was granted in 1884 for the first steam turbine.

C A Parsons and Co. was the new venture established in 1889 by Parsons, taking twelve members of staff from Clarke Chapmans with him. Created to build the turbo generator, the first successfully supplying power at the Forth Banks power station in 1890.

Success after success followed Parsons and 1894 saw the granting of a patent for ‘propelling a vessel by means of a steam turbine, which turbine actuates the propeller or paddle shaft directly or through gearing’.

On the back of that patent, the Marine Steam Turbine Co. was founded, their most notable project being the steam turbine yacht ‘Turbinia’. An absolutely remarkable vessel, once developed, it was capable of steaming at over 34 knots, a speed that was unheard of in 1897.

With the success of Turbinia still fresh, the Parsons Marine Steam Turbine Co. was founded. It would supply turbine engines for many marine purposes, not least of all the Royal Navy.

From steam turbines to telescopes and optics, Parsons had a voracious appetite for all things technological and it would seem, for investing his time and money into different companies, having an interest in at least ten different companies in his lifetime.

Charles Algernon Parsons passed away whilst on holiday, his death being certified at Kingston harbour, Jamaica 1931.

A vast legacy has been left behind though; not only will his name be remembered for his pioneering work, his original company still survives as part of the Siemens group, we still use electricity generators based on his work, Trinity college named their department of Manufacturing and Mechanical Engineering building after him and in September 2006, the Charles Parsons Awards were announced, providing funding for research groups engaged in energy research in Ireland.