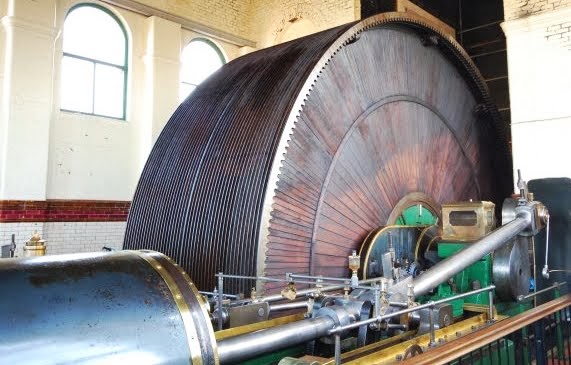 A steam museum which houses the sole working survivors of the great twin horizontal tandem compound steam engines which powered Lancashire’s mills throughout the latter part of the industrial revolution may have to close because of an unexpectedly high utility bill.

The Ellenroad Trust, which looks after the Ellenroad Engine House in Rochdale, Greater Manchester, said it cannot pay an unexpected annual water drainage bill of £7,000. The trust said it only makes about £5,000 a year from visitors.

A new way of charging for water and drainage had been introduced, based on the size of the site.

United Utilities has offered to work with the charity to reduce its costs. It is hoped that with the River Beal nearby a sustainable drainage solution for the sites surface water discharge can be found.

The Ellenroad Trust Ltd was established in 1985 to ensure the preservation of the Ellenroad Engine House and Engines. The trust arranged the refurbishment of the boiler house and the engines and started to run the site as a steam museum. The Engine House was then scheduled as a National Historic Monument and the trust is the legal guardian of the site.

Ellenroad Engine House is staffed and run by volunteers from the Ellenroad Steam Museum Society on behalf of the not for profit Ellenroad Trust. The building houses the world’s largest working steam mill engines; named Victoria and Alexandra.

The Trust has a statutory obligation to maintain the building and engines, which means that the engines must be regularly turned over to remain viable. However, the high cost of coal, oil and other essentials means that the Engine House can only open to the public once a month. A small entrance fee pays for the coal and water etc. needed to run the engine, with any surplus funds used to repair and maintain the building and engines. This is the sole source of revenue for the Trust.

We at steammain.com hope that a way forward can be found by the parties involved so the museum can stay open.