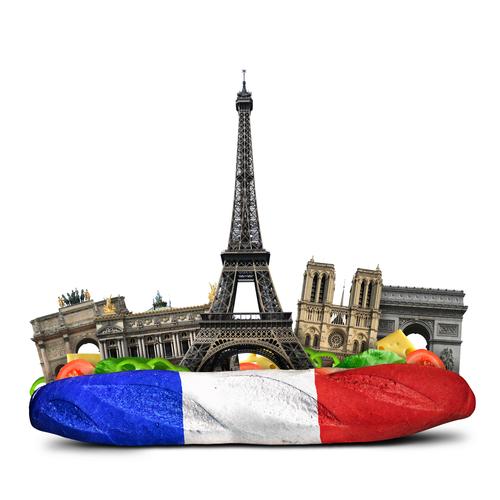 Paris the capital of France is served by a large district heating system using steam, in fact the system contains 450 km of steam pipework.

Paris is an important centre of finance, commerce, fashion, science, and the arts. In 2014 Paris received 22.4 million visitors, making it one of the world’s top tourist destinations.

Paris is the home of the most visited art museum in the world, the Louvre, as well as the Musée d’Orsay, noted for its collection of French Impressionist art, and the Musée National d’Art Moderne, a museum of modern and contemporary art. Notable architectural landmarks include Notre Dame Cathedral (12th century); the Sainte-Chapelle (13th century); the Eiffel Tower (1889); and the Basilica of Sacré-Cœur on Montmartre (1914).

One of the advantages of district heating is that it can use a variety of fuels and heat sources. Natural gas, coal, fuel oil, and renewable fuels such as biomass and waste products can all serve as fuel inputs.

Paris is the largest district heating network in France, and is operated by Compagnie Parisienne de Chauffage Urbain (CPCU). Currently owned by the City of Paris and Cofely, a GDF SUEZ subsidiary, the steam network heats about one third of Parisians.

CPCU has eight power production sites. Two of these are cogeneration plants, while three are waste to energy plants from non-recyclable household refuse. 50% of the steam used by CPCU comes from these three waste-to-energy plants. The steam produced is used primarily for heating but also for domestic hot water and industrial processes including laundry, cooking, sterilization, humidification and food processing.

Some facts and figures on the Paris system:

Examples of customers connected to the Paris system:

At 60,000 sq m (196,850 sq ft), the Louvre Museum in Paris is one of the largest and most famous museums in the world. Each year approximately 6 million visitors enter its doors to admire some of the world’s greatest artistic masterpieces. The museum has been a CPCU customer since 1947. The Louvre utilizes steam for heating and maintaining the proper humidity and temperature levels for its art collection.

Parisian Nord East Hospital (hôpital Robert Debré). Gas central heating was previously used for half of the surface area of the hospital (and individual electrical heating for the other half). This was changed under an efficiency project whereby the hospital was connected to the Paris network using a 6 MW steam heat exchange station. This resulted in a reduction in energy costs and a decrease in CO2 emissions.