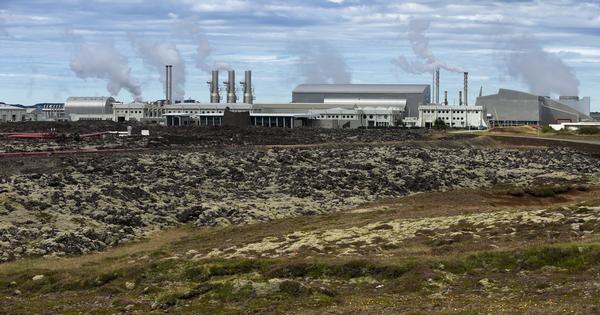 Power from inside the planet is an affordable and sustainable solution to energy needs for many parts of the planet, and steam is a vital part of its generation. Heat from the earth can be used as an energy source in many ways, from large and complex power stations to small and relatively simple pumping systems.

Many regions of the world are already tapping geothermal energy, for example geothermal plants account for more than 25 percent of the electricity produced in both Iceland and El Salvador. 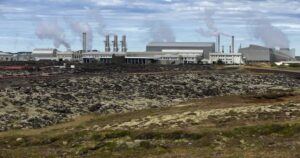 Iceland has more than 200 volcanoes, over 600 hot springs and at least 20 high temperature areas that contain steam fields. As the country sits over a crack in the earth’s crust where the North American and Eurasian plates pull apart from each other, new crust is constantly being formed to fill the gap. This intense geological activity, combined with large underground water reservoirs replenished by the countries high precipitation rates makes Iceland extremely well suited to producing geothermal energy, as a geothermal system requires heat, permeability, and water.

The most common way of capturing the energy from geothermal sources is to tap into naturally occurring “hydrothermal convection” systems, where cooler water seeps into Earth’s crust, is heated up, and then rises to the surface. Once this heated water is forced to the surface, it is a relatively simple matter to capture that steam and use it to drive electric generators. Geothermal power plants drill their own holes into the rock to more effectively capture the steam.

There are three basic designs for geothermal power plants, all of which pull hot water and steam from the ground, use it, and then return it as warm water to prolong the life of the heat source.

The simplest design is known as dry steam. Steam is produced directly from the geothermal reservoir to run the steam turbines that power the generators, and no separation is necessary because these wells only produce steam.

The second method is a flash power plant. Geothermal heated water under high pressure is bought to the surface and is separated in a surface vessel (called a steam separator) into steam and hot water. As the water comes to the surface and goes through the separator the pressure decreases and some of the hot water boils into steam. The steam is then separated from the water and used to power the steam turbines and attached electrical generators.

The third method, is called a binary cycle system. Recent advances in geothermal technology have made possible the economic production of electricity from geothermal resources lower than 150°C. Binary plants typically use an Organic Rankine Cycle system. The geothermal water heats another liquid, which boils at a lower temperature than water. The two liquids are kept completely separate through the use of a heat exchanger, which transfers the heat energy from the geothermal water to the working fluid. The secondary fluid expands into gaseous vapour. The force of the expanding vapour, like steam, turns the turbines that power the generators.

The choice of which design to use is determined by the resource. If the water comes out of the well as steam, it can be used directly, as in the first design. If it is hot water of a high enough temperature, a flash system can be used; otherwise it must go through a heat exchanger. Since there are more hot water resources than pure steam or high temperature water sources, there is more growth potential in the binary cycle, heat exchanger design.