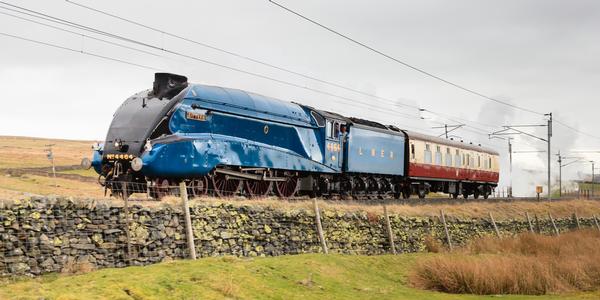 Whilst steammain tries to concentrate on modern uses of steam it would be wrong not to illustrate the key role that steam has played in history.

Anyone with a small degree of interest in engineering or such related topics will be able to tell you that steam engines have been part of our history since the late 1600’s or early 1700’s; mentions of James Watt, Thomas Savery or Richard Trevithick can be common place, people believing them to be the pioneers of such technology.

However, we could perhaps go back a little further, Jeronimo de Ayanz y Beaumont 1606, Florence Rivault 1605 or even the papers found dating back to the 15th century which were written by one Leonardo da Vinci, in this case relating to a steam powered cannon called the Architonerre.

Rather surprisingly, that still isn’t the earliest example that’s been recorded, for that we need to go all the way back to the 1st century AD.

Reference to the ‘Aeolipile’ comes from ‘De Architectura  libri decem’, written by Marcus Vitruvius Pollio. Details are scant, but it is thought that what we know as the ‘Hero engine’ is based upon the writings found.

Whilst many of these examples aren’t what we would traditionally classify as an ‘engine’, it shows that early engineers were already seeing steam as a way of powering machines or mechanising processes.

In 1606, Spaniard Jeronimo de Ayanz y Beaumont was granted a patent for a steam powered water pump, and this was successfully used to drain the mines of Guadalcanal, Spain. This seems to be about the earliest example of steam powering machinery to successfully complete a task, although it wasn’t until 1712 that the first fully commercial engine was viable.

Following on from Beaumont, in 1698 Thomas Savery designed an engine for similar use. Called the ‘miners friend’, it was used for pumping water from the mines in Southern England. As the miners dug deeper, the need to evacuate water became ever more pressing. Whilst it did the job, it was extremely inefficient. Current manufacturing techniques were not capable of delivering a pressure vessel that could handle the higher pressures and they were prone to exploding; 1705 saw the end of the line for these engines by an explosion at Broad Waters, Wednesbury marking the end of development.

Whilst working at the University of Glasgow in 1759, a young instrument maker and repairman found himself in the company of professor John Robison.

Professor of philosophy, Robison was also a physicist and inventor, often enjoying good scientific discussions with the young repairman who was fascinated by the power of steam.

The young repairman went on to hold numerous patents within the steam world, including one for a separate condenser; he was James Watt.

Watt’s name became synonymous with steam power, gaining worldwide recognition, a celebrity of his day. The same couldn’t be said for Richard Trevithick.

Trevithick was credited to be the first man to put a steam engine on rails. Described by his teachers as obstinate and inattentive, his Penydarren Tram Road Engine hauled 10 tons and 70 men nearly ten miles at the Penydarren works, Merthyr Tydfil, South Wales on the 21st February 1804. Although it wasn’t until 200 years later, 2004, that Trevithick gained recognition for this with the launch of a new £2 coin featuring him.

Things remained fairly constant and consistent for a good number of decades, the advent of advanced manufacturing techniques meant that it was now possible to contain higher pressures, this being known as ‘strong steam’.

Although it was classed as high pressure, in our modern engineering terms, it was in fact quite low, around the 40 – 50 psi range, something similar to a modern car tyre for example.

The next significant change came with the invention of the steam turbine, designed by Charles Parsons in the 1880’s.

Parsons was a man of huge engineering talent, a thoroughly practical mind and great mechanical aptitude. Whereas Watt was somewhat constrained by the technology of the day, Parsons had the benefit of living in a later age, with further developed technology. Even so, if the technology wasn’t currently available to Parsons, he would formulate his ideas to make it available, inventing it himself.

Of course, not only was steam power changing because of technology, but steam power was the technology. It was used in a mass of applications; drawing or pumping water, driving machinery, powering vehicles, generating electricity and so much more.

It is said that even today, the Rankine cycle (in the form of steam turbines) is responsible for approximately 90% of all electric power generated throughout the world, meaning that albeit indirectly, the world’s industry is still dependent on steam power.

As steam engines became yet more powerful, easier to construct and more importantly, they allowed for repeatable results, they were adopted as the power of choice for many factories, whether that was engineering or cloth making.

This also had further benefits, it was no longer necessary to have your factory situated next to a running water supply to power the machinery, which inevitably allowed for the rapid geographic spread of factories.

The whole landscape of the country changed, although being situated by the river still had its benefits: allowing access for the steam powered barges for transportation of your goods.

As with everything, technology marched on and the railways started to become a little more viable for the transportation of goods (and humans!).

Whilst still expensive, the railway network was gaining popularity, no doubt helped by the clever strategies employed by some of the more ‘entrepreneurial’ railway owners, offering heavily subsidised travel or in some cases, a little bribery.

Whilst steam power seemed to rule the water and the rails, it never really gathered much momentum within the personal transportation world, what we would now class as the automobile. There were manufacturers building ‘cars’ and powered bicycles, but the logistics of fitting the vehicle with steam power meant that success would invariably evade them.

2009. It was a team of British engineers that then went on to take the steam powered record; ‘Inspiration’ went on to average 139.84 mph over the two timed runs, the record stands to this day.

Whoever would have thought that 2000 or so years after being discovered, steam would still be playing a vital part in our daily life.