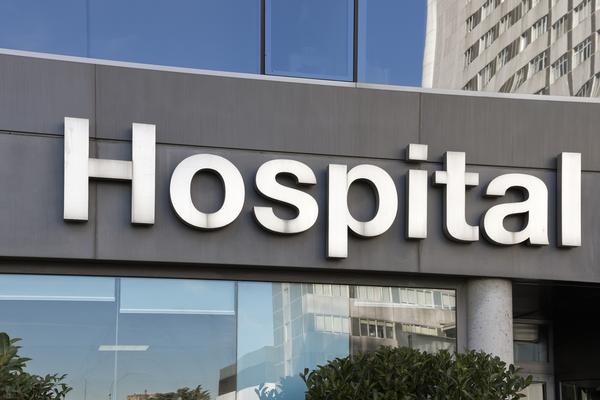 There are many hospitals which use steam, as it is a vital part of allowing hospitals to function and treat patients. Steam permits high energy densities and enables large amounts of energy to be moved around easily. Steam is used for many applications in hospitals, including sterilisation, humidification, heating and providing hot water at the tap or shower head.

This type of hospital uses central steam generation which is distributed around the hospital site for various uses. Steam is normally generated using gas or oil fired boilers. Where sites have a medical waste incinerator onsite steam is exported to the hospital and the fossil fuelled boilers are used as a hot standby backup. This minimises fossil fuel use and maximises the use of steam generated from the incinerator. Steam is distributed around the hospital site using steam pipework called a steam main. Steam flows by a drop in pressure so no pumps are required for the steam to flow to where it is used.

Hospitals have a need for large amounts of hot water for sinks, baths, showers, and kitchens. Steam is used as the primary heating medium, and through a heat exchanger provides the hospitals users with the hot water required.

There are different approaches to steam heating of this water (called domestic hot water, DHW). The more traditional way is to use a storage shell and tube heat exchanger. This heat exchanger configuration uses stored hot water to provide a buffer, when there is a sudden large demand from, for example multiple showers being used. The storage of hot water means there is always a buffer in the unlikely event of there being a problem with the steam supply.

An increasingly common way of using steam for domestic hot water heating is to use a plate heat exchanger. A plate heat exchanger consists of a number of ‘plates’ packaged together with openings between them to allow the passage of fluids. The plates themselves are thin pieces of corrugated metal. They have corrugations on their surfaces for strength and also to create turbulent flow through the channels. The plates are packaged together so that there is a channel between each of the plates. Every second channel is open to the same fluid, this allows two fluids to flow through the plate heat exchanger, a primary and secondary medium. In this case steam being the primary medium. Whilst a separate buffer vessel can be used, generally plate heat exchangers are connected directly to the DHW pipework with the hold-up volume of water in the plates themselves being low in comparison to the storage shell and tube heat exchanger. The advantage of not having stored hot water is lower standing losses and legionella risk reduction. To achieve the desired temperature set point, control equipment is required on the primary side. A two port steam control valve modulates the flow of steam into the plate heat exchanger to achieve the desired secondary set point off the plate heat exchanger. This configuration is easy to understand and provides fast changing response to load changes. The condensate from the heat exchanger is removed using a steam trap or a steam powered pump trap depending on the condensate return route and design.

Heating in a typical steam hospital is achieved by pumping water around the heating circuits, including radiators etc. This is called low temperature hot water (LTHW). In this type of hospital the primary medium for heating this circuit is steam. The steam imparts its heat in the LTHW circuit by using a steam to water heat exchanger. Again shell and tube or plate type heat exchangers can be used. Due to the fact that the secondary medium has a reasonably steady load profile, i.e. the heating/LTHW load does not have large peaks, storage of hot water is not required on either shell or plate type technology.

The humidity in a hospital affects the health and well-being of people. During the wintertime, the air inside buildings is heated to a temperature of 20-25°C with the consequence that relative humidity decreases to values of 10-30%, which is perceived as dry air. The dry air favours the evaporation of water from the skin, which cracks and causes dryness of the throat and nose and the respiratory tracts etc. favouring the onset of typical winter illnesses.

It is for this reason that air-conditioning systems that control both temperature and humidity of the air are used in hospital wards. To prevent propagation and proliferation of biological contaminants, the humidity should ideally be kept between 40% to 60% RH.

According to European Directive 2002/91/ EC, EN ISO 13790:2008, EN 13779:2008 VDI 6022, DIN 1946-4, UNI11425 (just to mention a few) ventilation and air-conditioning systems in operating theatres must ensure ideal temperature humidity conditions for the work of doctors, also considering the patient’s needs. Accurate humidity control is therefore not only an accessory, but a legal requirement.

In a steam hospital low pressure steam can simply be injected into the incoming air to the building and operating theatres using a humidifier lance and a two port control valve connected to a humidity stat.

The high temperature and penetrating power of steam make it a suitable method of sterilisation. A central sterile services department (CSSD), performs sterilization and other actions on medical devices, equipment and consumables; for subsequent use in the operating theatre of the hospital and also for other aseptic procedures, e.g. catheterization, wound stitching and bandaging.

Items are sterilized in a steam autoclave, under strict standards. As normal “plant” steam may have impurities in it, clean steam is used in the UK which meets the latest requirements, including EN285 and healthcare-specific standards HTM 2010 and HTM 203. This is done using a plant steam to clean steam generator.

A hospital generates a large amount of dirty linen and clothes. Steam can easily be used in many parts of the laundry including the washers, dryers, and presses.

The hospital with services outsourced

Some hospitals and healthcare trusts outsource their services to third parties, with activities taking place off site. For example sterile services and the laundry may be sub contracted with these services delivered to the hospital as required. The hospital therefore has no requirement for steam for these purposes. This leaves steam being used for heating, hot tap water, and humidification. In extreme cases this leads to hospital de-steaming, using water as the primary heat medium around site and electrically powered steam humidification being used at point of use. Indeed this is the way a lot of the new build Private Finance Initiative (PFI) hospitals in the UK have gone, with some justification it must be said. However on established hospital sites with established but old steam systems, improving the existing steam system makes a lot of sense. There are many sites that have taken this option with successful results. The steam system can also be integrated with various combined heat and power technologies, without the need for expensive strip outs.