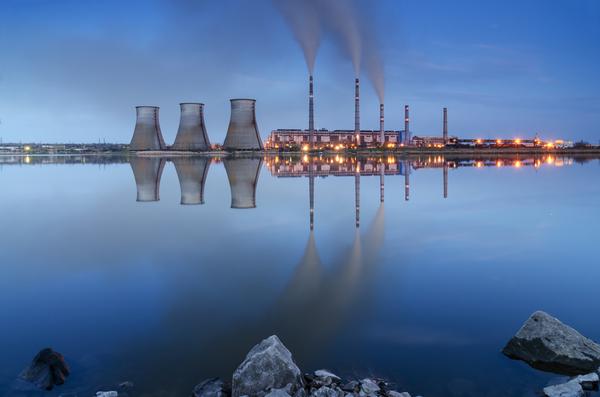 Fossil fuel and nuclear power accounts for approximately 80% of the world’s total grid-connected electrical power supply. Coal is the most used of the fossil fuels. 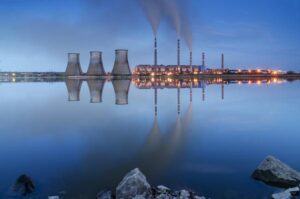 When people think of steam and coal they generally think of the industrial revolution and steam trains. Coal together with steam however plays and important part of electricity generation globally.

Coal is the most plentiful fuel in the fossil family and it has the longest and, perhaps, the most varied history. Archeologists have found evidence that coal has been used for heating since the times when cave men inhabited the earth.

The industrial revolution played a major role in expanding the use of coal. Steamships and steam powered railways became the chief forms of transportation, and they used coal to fuel their boilers.

By 1875, coke (which is made from coal) replaced charcoal as the primary fuel for iron blast furnaces to make steel.

World demand for electrical power will continue to grow for decades ahead. Coal fired generation continues to be economically attractive, particularly in nations that are rich in coal resources (China, India, and the US). There is currently much opposition to coal power in Europe, but cleaning technologies (e.g. carbon capture and storage) may enhance the long term prospects of coal.

Most coal-fired power stations are very large (from several hundred MWe to over 1GWe), and highly complex. Typically, pulverized coal is combusted in a fluidized bed boiler. The coal is milled into a fine powder, which increases its surface area and allows it to burn more quickly. In these pulverised coal combustion (PCC) systems, the powdered coal is blown into the combustion chamber of a boiler where it is burnt at high temperature. The hot gases and heat energy produced converts water in the boiler tubes into steam. The steam boiler produces high pressure superheated steam (typically up to 165 bar or more, and up to 550-600°C). The steam is then used to drive a multiple stage steam turbine generator. After the steam leaves the turbines it enters a condenser to be condensed back to water so it can be returned to the boiler to be heated once again. The cooling towers release the heat gathered from this through evaporation.

As the drive for increased efficiency continues there is a gradual movement towards super-critical boilers that operate at even higher pressures (around 240 bar and up to 630°C). This potentially yields significant improvements in overall efficiency.

Gasification is an important alternative to combustion. Integrated Gasification Combined Cycle (IGCC) plants convert coal (or other hydrocarbon feed stocks) into a syngas. In this approach, coal is heated until it gives off volatile gases, such as methane, which are burned in a gas turbine. After this hot air passes through a gas turbine, it is used to heat water which drives a steam turbine. This combined cycle is more efficient than steam turbines alone, with efficiencies approaching 50 percent. By gasifying the coal first, emissions are reduced as well. This approach is also being applied to biomass.