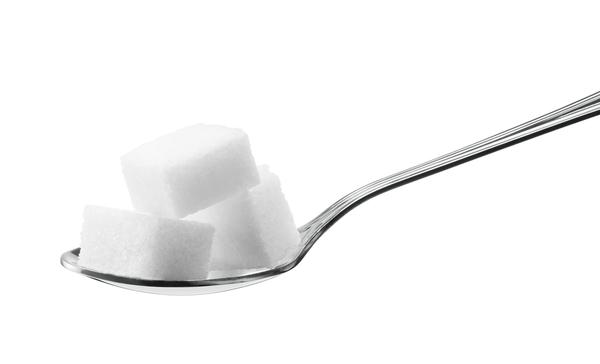 Steam is an integral part of the production of sugar, not something people normally think of when they put sugar in their tea or coffee.

Sugar can be produced from sugar cane or sugar beet.

Sugar cane was originally grown for the sole purpose of chewing, in South East Asia and the Pacific. The rind was removed and the internal tissues sucked or chewed. Refining sugar was first discovered in India, most likely during the first millennium BC. The canes were crushed and the resulting the sweet juices were boiled to concentrate and remove impurities eventually forming crystallised sugar. With new innovations and increased efficiency to the refinement process it was possible to create the pure white sugar granules that we recognise today.

Once the taste of refined sugar had reached the lips of Europeans, their insatiable appetite for this new commodity dramatically increased the demand for establishing sugar cane plantations in overseas territories. Before long, British and French plantations in the West Indies began to dominate the production of sugar cane. A great deal of labour was required to produce large quantities of sugar and unfortunately this drove the slave trade. Thankfully the slave trade was abolished long ago.

Sugar cane itself is a large perennial tropical grass that looks rather like a bamboo cane, and can reach a height of 3-6 meters. Sugar cane provides around 70% of the world’s sugar, with the remainder largely being sourced from sugar beet.

Beet has been grown for food and fodder since ancient times. However, it was not until 1747 that Andreas Marggraf, a German chemist, succeeded in extracting sugar from beet in a form which could be used in cooking. One of Margraff’s students, Franz Karl Achard, conducted research in this area and because of his success in establishing the beet as an economic source of sucrose in Europe, he is now considered to be the father of the sugar beet industry.

Once it was found that the crop grew well in European climates, sugar from beet began to rival sugar from cane.

Production of sugar from sugar cane

Cane sugar is initially extracted in sugar mills in the areas where it is grown (tropical and semi-tropical regions) as soon as it is harvested.

The cane process itself:

Production of sugar from sugar beet

The extraction and production of white sugar from beet takes place on the same factory site.

On average a hectare yields about 41 tonnes of clean, topped roots from which seven tonnes of sugar can be extracted.

The beet process itself:

The role of steam in sugar

One of the big differences between a beet sugar factory and its cane sugar counterpart is with respect to energy. Both factories need steam to run. However the beet factory does not have a suitable by-product to use as fuel for the boilers, it has to burn a fossil fuel such as oil or gas. This is partly because the pulp will not burn properly and partly because the animal feed business has been built from the availability of the pulp.

As previously described, cane sugar is extracted in sugar mills in the area where it is grown (tropical and semi-tropical regions) as soon as it is harvested. It is then shipped and refined locally to where it is to be sold, whereas sugar production from beet is generally completed in the same place.

In a sugar cane mill, after the cane is crushed to remove the juices, the fibrous cane left behind is known as bagasse. The bagasse produced in a sugar factory is normally used for the generation of steam. For each 10 tonnes of sugarcane crushed, a sugar factory produces nearly 3 tonnes of wet bagasse as a by-product. Bagasse is burned to generate steam onsite which is used in the sugar process itself and to generate electricity. The bagasse produces enough energy to allow the mill to be self-sufficient with respect to fuel and electricity. Depending on the mill’s efficiency, location and local electricity grid, electricity may also be exported for additional revenue. The steam used directly in the sugar mill process for thermal energy is for juice heating and evaporation.

The steam generation philosophy and resultant systems are different in sugar mills around the world. However the more traditional way is the incorporation of a steam boiler and a back-pressure steam turbine. When burning fuel in the boiler furnace, live steam is produced and supplied to the turbine. Typical steam generation pressure is in the 20 to 40 barg region. The turbine drives an electrical generator which generates power for the factory and the steam leaving the turbine exhaust flows to the heating equipment for sugar manufacture. This is known as combined heat and power (CHP). The power requirement of the mill during the sugar season being met by the backpressure turbine generator set, whilst during the non-season from the grid. As a rule of thumb in a typical cane sugar mill, there is a requirement for approximately 500 kg of low pressure process steam per tonne of cane processed. As well as steam being used in the process, steam turbines are used to drive the cane crushing process, and any other required items. These turbines are typically, single stage impulse type machines.

These are new ways of using the bagasse with excess electrical power being sold to the grid for revenue. It involves substituting the mechanical drive steam turbines with motors. These steam turbines are typically, single stage impulse type turbines having about 25-30% efficiency. By using motors the steam demand for these areas is eliminated. A power generating steam turbine (multi-stage steam turbines) can operate at efficiencies of about 65-70%. Hence, the equivalent quantity of steam saved by the installation of DC motors or hydraulic drives can be passed through the power turbine, to generate additional power.