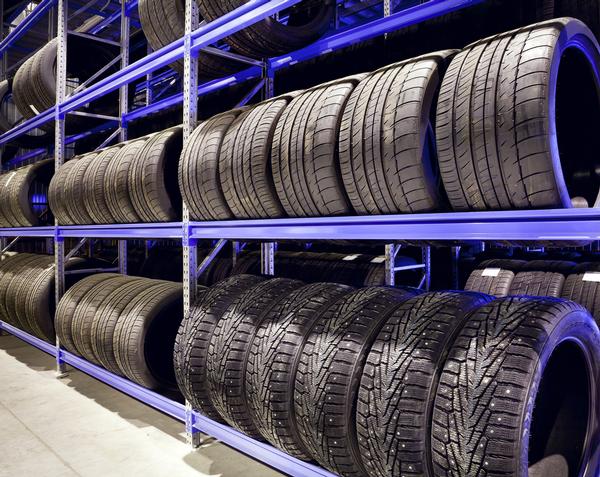 Tyres are the only thing on your vehicle that is actually in contact with the road. This means that they are in control of your steering, breaking, acceleration and absorbing all the bumps that the road may throw at you.

There are many different types of tyres available on the market. Certain tyres provide much better traction in wet weather or snow, while others provide smoother rolling at high speeds for better fuel consumption and reduced noise. This may be for cars, buses, lorries, vans, tractors, etc.

So why are we talking about tyres on a steam website? Well steam plays an important part of the production process.

Scottish inventor Robert Thomson developed the pneumatic tire with inner tube in 1845, but his design was ahead of its time and attracted little interest. The pneumatic tire was reinvented in the 1880s by another Scotsman, John Boyd Dunlop, and immediately became popular with cyclists.

Natural rubber is the main raw material used in manufacturing tires, although synthetic rubber is also used. In order to develop the proper characteristics of strength, resiliency, and wear resistance, the rubber must be treated with a variety of chemicals and then heated. American inventor Charles Goodyear discovered the process of strengthening rubber, known as vulcanization or curing, by accident in 1839. He had been experimenting with rubber since 1830 but had been unable to develop a suitable curing process. During an experiment with a mixture of rubber and sulphur, Goodyear dropped the mixture on a hot stove. A chemical reaction took place and, instead of melting, the rubber-sulphur mixture formed a hard lump. He continued his experiments until he could treat continuous sheets of rubber.

The tire production process consists of five sub-processes. These include; the mixing, material manufacturing, building, vulcanization, and the inspection process.

This process mixes the raw materials such as natural rubber, synthetic rubber, carbon black, sulphur and zinc oxide, and the compounding ingredients. After mixing the rubber material is knead with a roll before being sent to the subsequent material manufacturing process.

This process fabricates various parts of the tire separately. These include the carcass that is the body of the tire, the belt that reinforces the carcass, the bead that joins the tire and wheel, and the tread that is the tire part that comes into direct contact with the road surface. Each of these parts is composed of a core material such as steel or fibre and a special rubber compound for coating the core material.

This process assembles the tire parts that have been separately fabricated in the previously into a single tire form using a building machine. The tire formed thus is referred to as a green tire.

A green tire is placed inside a large mould for the curing process. For cross-ply tyres the moulds with the tread pattern are usually in two pieces (top and bottom).  Radial tyres have a segmented matrix which close together to enclose the tyre once in the press. These have additional traps between the segments. The green tire is placed over the bladder and, as the mould closes, the bladder fills with steam and expands to shape the tire and force the blank tread rubber against the raised interior of the mould. During this curing process, the heat and pressure of the steam cause the rubber and sulphur molecules to bond, so that the rubber in the green tire acquires a higher elasticity and durability. It involves the chemical cross-linking of rubber and vulcanising agents, resulting in an elastomer. When the vulcanized tire comes out of the mould, the tire is complete, apart from inspection.

As well as being used in the tyres manufacturing process, steam may also be used in the heading of the tyre plant factory itself.