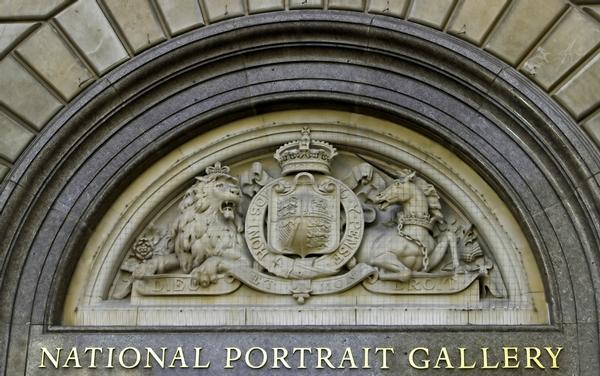 The National Portrait Gallery in London holds over 1000 portrait pictures. Situated in central London, just off Trafalgar Square it is not a place that you would think would have a steam system. However steam is used for humidification and for heating onsite. Steam is used to keep the level of humidity in the museum and its stores at a stable level safeguarding the exhibits.

The Gallery holds the most extensive collection of portraits in the world. With over 1000 portraits on display across three floors, from Elizabeth I to David Beckham, the Gallery has something for everyone. Artists featured range from Holbein to Hockney, and the Collection includes work across all media, from painting and sculpture to photography and video. As well as the permanent displays, the Gallery has a diverse and ever-changing programme of exhibitions and events which promote an understanding and appreciation of portraiture in all forms. For example; the first gallery exhibition devoted to the Duke of Wellington will open at the National Portrait Gallery, to mark the 200th anniversary year of the Battle of Waterloo in 2015. Wellington: Triumphs, Politics and Passions (12 Mar-7 Jun 2015) will explore not only the political and military career of the victor of this great battle, but also his personal life through portraits of his family and friends.

Like other national museums, the Gallery is supported both by government and increasingly by a large number of individuals, companies, trusts and foundations, as well as by the receipts from ticketed exhibitions, shops, catering and events.

The National Portrait Gallery aims to be the foremost centre for the study of and research into portraiture, as well as making its work and activities of interest to as wide a range of visitors as possible.

To keep the exhibits in the best condition possible steam humidification is used. If the environment they are situated in is dry they will lose moisture to the atmosphere. If it is too damp they will gain moisture.

This change can cause materials to swell or contract with resulting damage. In order to preserve an exhibit in its original state, it should be kept in an environment that has stable, optimum humidity. This will maintain a balanced equilibrium between the exhibit and the atmosphere, preventing any moisture loss or gain and avoiding costly repairs.
Paintings are made up of several layers. These layers will react to moisture loss in different ways and move accordingly. This can cause them to separate resulting in blistering and flaking of the paint layer. Canvas is often considered to be less susceptible to changes in humidity, as it can adapt well to fluctuations over time. However, canvas does respond quickly to changes in humidity level so although long term differences won’t effect it drastically, rapid changes will cause constant fluctuation and may result in damage to the material or paint layer.
Central steam boilers are used to generate steam which is distributed to usage points using a small steam distribution system. The steam humidifiers are direct steam injection, they blow steam into the incoming air which is being drawn into the building through the air ductwork. The steam is absorbed into the air and is therefore invisible. The rate of steam injection is controlled using a two port steam control valve, and humidity sensor downstream. To ensure that condensate is not carried over into the humidifier lance itself, a separator is used before the control valve.

For the gallery humidification system, the stability of the humidity control is far more important than the precise level. This means a relative humidity of between 45-55%RH with daily fluctuations held to +/-5%RH.

For heating in the winter steam to water heat exchangers are used. The high temperature steam is controlled using a two port control valve and sensor against the required water heating set point.

Should you wish to visit the gallery, the program for 2015 is below:

Sargent: portraits of artists and friends

Audrey Hepburn: portraits of an icon