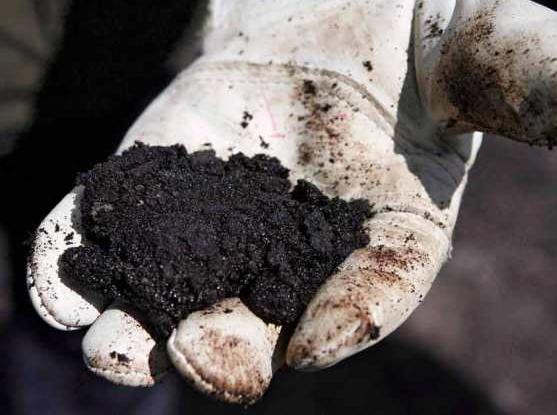 Oil sand is a type of sand permeated with natural bitumen, a type of petroleum which has the consistency of butter. The oil can be separated from the sand and then heated so that it can flow in pipelines or be tankered to a refinery. In the past decade high oil prices have made the oil sands profitable to exploit.

Steam is being used in the extraction of the oil, and is leading to numerous benefits. In the past the oil sand was exploited by strip mining. Once dug from the surface, the sand is hauled to an extraction plant where it is mixed with lots of hot water and chemicals to liberate the oil. Not all of the water can be recycled and what remains is a gloopy toxic waste which must be contained in man-made ponds. This method has understandably come in for criticism.

A new method using high pressure steam is changing the industry. “In-situ” production, as it is called, involves injecting steam, heated to more than 300°C, into deep boreholes. The steam, emerging from millions of slits in a steel borehole liner, liquefies the bitumen and allows it to be pumped out.

Using steam extraction means that 90% of the land above a reservoir can be left intact. There is no need for waste ponds because the sand is left underground and most of the water recovered from the bitumen can be cleaned with distillation for reuse. Steam can also produce bitumen from a reservoir half-a-kilometre underground, whereas strip mining is only economical for deposits less than 70m or so from the surface.

According to the Alberta Energy Regulator (AER), the proportion of bitumen produced with steam in Canada is now over 50% and continues to grow.

Further developments are being tested too. One of the newer methods is called, steam-assisted gravity drainage (SAGD). SAGD involves drilling two horizontal wells through an oil-sands reservoir, one about five metres below the other. Steam is then released from the top well and over a few weeks can melt bitumen as far as 50 metres above and to the sides of the bore. The bitumen then percolates down and into the lower well, from which it is pumped to the surface.

The new techniques might not allay the fears of all conservationists, but as oil companies are normally obliged to restore the landscape once extraction is complete, making less mess in the first place should help ensure they do a better job of cleaning up.