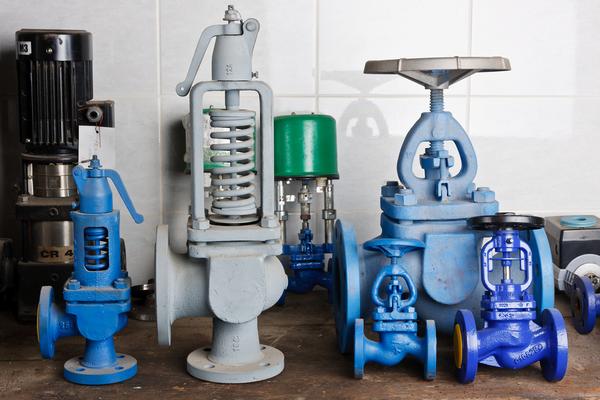 SG iron is a material which is used for valves and other fitting on many steam systems. So what is SG iron? Steammain explains:

SG iron is specified as being suitable for use in steam system to PN40. In the USA SG iron is referred to as “semi-steel”.

SG iron is an ideal material for the manufacture of valve bodies and other fittings for use in steam systems (within specified pressure ranges). It has properties approaching steel and superior to those of gunmetal.

Keith Millis was an American metallurgical engineer and the inventor of this material. Early in the Second World War, chromium was considered critical to the war effort and Mills conducted experiments to find a substitute. He made his discovery while experimenting with molten iron and magnesium. The original intent was to find another element that would cause all the carbon in the cast iron alloy to be combined as carbide. Magnesium was known carbide former. Instead, the graphite in the iron formed into spheroidal shapes, and the cast iron had high tensile strength plus it exhibited ductility. Thus was born ductile iron in 1943.

Millis and others at the International Nickel Company (Inco) sought and obtained U.S. patent 2,485,760 on October 25, 1949 for magnesium additions to cast iron that would spheroidize the graphite and dramatically ductilize the material.

With most steam designers steering away from the use of cast iron in steam systems, SG iron is commonly used due to its resistance to shock (for example water hammer). The best way around waterhammer is to design it out, by incorporating correct drainage and control of a steam system, this in addition to having adequate operation and maintenance of the system. However waterhammer can occur due to misuse of valves, or human error. It is therefore wise to ensure that valves and other fitting use a material which is inherently resistant to the effects of waterhammer.

SG iron is produced by adding magnesium to cast iron just prior to pouring. The coarse graphite flakes which can be seen when cast iron is magnified are transformed into small spheres or nodules. This is the key to the materials properties. The sharp shapes of the flakes in ordinary grey cast iron create stress concentration points within the metal matrix which can make it brittle. In SG iron however the rounded shape of the nodules inhibits the creation of cracks and provides the enhanced ductility that gives the alloy its name. The micro structure is fully ferritic, and possesses properties very similar to steel and superior to those of gunmetal. This has been proven by test which compared grey cast iron, gunmetal, and cast steel with SG iron. These tests measured the proof stress, percentage elongation, and impact strength of each material in turn.

SG iron is therefore ideal for steam valves and other fittings (within its suitable pressure range).

There are codes which define the properties of SG iron, these being: