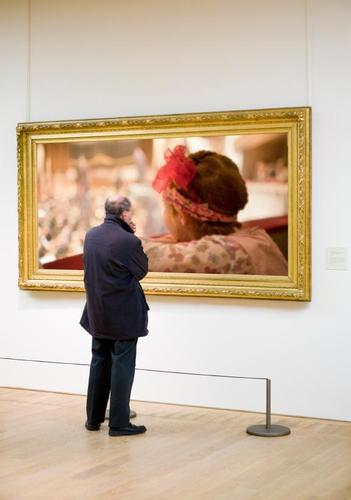 When you visit a Museum, you will probably marvel at the exhibits, not realising that at the same time steam is playing a key role in keeping the exhibits in prime condition.

Steam is used to keep the level of humidity in museums at a stable level safeguarding the exhibits. Humidity is simply defined as the amount of water vapor in the air. The water vapor is in a gaseous state and is therefore invisible.

We could have picked many examples, The Tate Modern, Tate Britain, The National Portrait Gallery, etc. etc. However one favourite of ours is the American Air Museum at the Imperial War Museum in Duxford, UK.

The American Museum at Duxford holds many interesting aircraft. It is the largest collection of American warbirds on display outside the United States, including a vintage B-17 Flying Fortress, B-24 Liberator, B-25 Mitchell, P-47 Thunderbolt, and aircraft from the Cold War era such as a B-52 Stratofortress, SR-71 Blackbird and F-4 Phantom, with many suspended from the ceiling as if in flight.

As steam is ready-made water vapor, it needs only to be mixed with air in the air ductwork when required to keep the humidity at the desired level. The high temperatures inherent in steam humidification make it virtually a sterile medium, assuming the system is installed and operated correctly. The steam is added to the air in the ductwork by spraying fine amounts of steam into the air stream from a humidifier lance.

To provide optimum environmental conditions for preservation, the level of humidity is normally maintained between 45-55% RH as well as daily fluctuations controlled to ±3% RH. Relative humidity, expressed as a percent, measures the current absolute humidity relative to the maximum for that temperature.