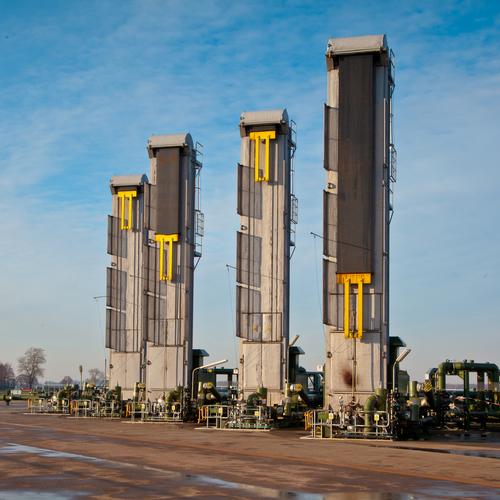 The oil price is a regular news item, so we thought we would write an article on steam and an enhanced oil recovery plant.

Few people think of the Netherlands as oil country, however Schoonebeek was the largest onshore oil field in western Europe when it was discovered in 1943, with 1 billion barrels of oil. It operated for over 50 years, but as the oil in the field was very viscous, only 18% was recovered through conventional techniques.

When oil prices crashed in the 90s (are prices doing similar in 2014/15?!), Royal Dutch Shell and ExxonMobil shut Schoonebeek down in 1996 after having extracted only 250 million barrels of oil. Executives assumed that it was not viable to extract the remaining viscous crude, even though 75% still lay in the ground. At room temperature, this oil has the consistency of treacle and does not easily flow.

Thanks to use of steam injection the field was reopened in 2011 and it is expected to produce a further 100 to 120 million barrels by 2035.

Water for the steam production must be purified, to avoid any scale from contaminants building up in the equipment. Between 6 and 10 million litres every day will come from a newly built sewage-treatment plant.

The water is turned into steam in a cogeneration plant, by using the heat from the gas turbine exhaust to raise steam. However before the steam is used underground it is first used to drive turbines to generate as much as 120 megawatts of power in tandem with the gas turbines. This is due to the fact that lower pressure steam is required for the steam injection (approximately 15 barg). Only about 10% of the power will be used for Schoonebeek operations, the rest being fed into the public electricity grid. The steam and power plant will be partly fuelled with gas produced along with the oil. When the steam has been exhausted from the turbine it is piped underground and injected into the reservoir through wells drilled horizontally in the oil-bearing layer of rock.

The steam releases heat when it condenses to water, thinning the oil so it can move more readily to horizontal production wells running alongside. High-capacity pumps bring the oil-and-water mixture to the surface.

A disused 17-kilometre gas pipeline has been converted to carry waste water from the process to depleted gas fields for permanent storage.

Another existing pipeline will be used to help deliver the oil to a refinery across the German border nearby.