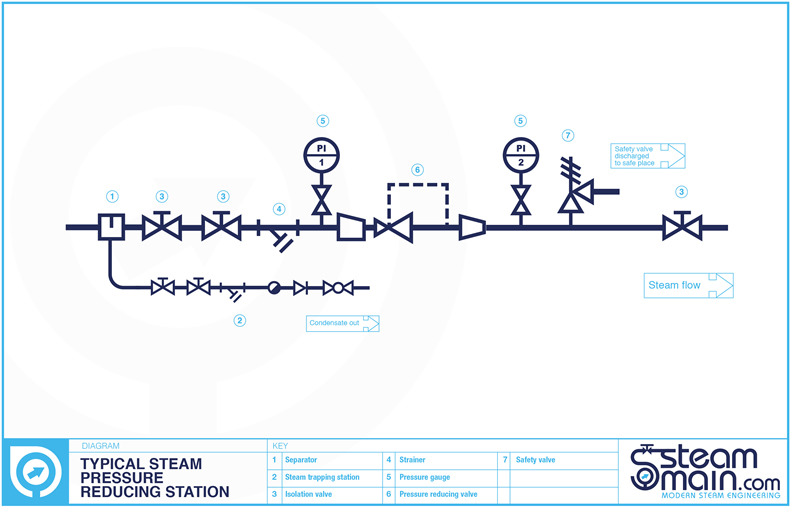 There are good reasons to reduce steam pressure on a saturated steam system. This is done by using a pressure reducing valve. To ensure that this valve works correctly, can be maintained, and there is some form of safety back up, the valve will almost certainly form part of a station with other items. Therefore to reduce pressure we should think of a pressure reducing station and not just a valve on its own.

It is typical for steam to be generated at a higher pressure and for it to be used at a lower pressure. Therefore the pressure of the steam is reduced near the point of use by using a pressure reducing valve.

The reason for generating at high pressure and using at a lower pressure can be summarised below: The role of each item in the station can be shown below:

The pipework after the pressure reducing valve station should normally be larger than the pipework upstream. As the steam pressure is reduced, to ensure that the flow of steam is not restricted the volume needs to be increased, hence the increase in pipework diameter. In conclusion when thinking of reducing stream pressure, think of the reducing station as a whole not just a valve on its own.