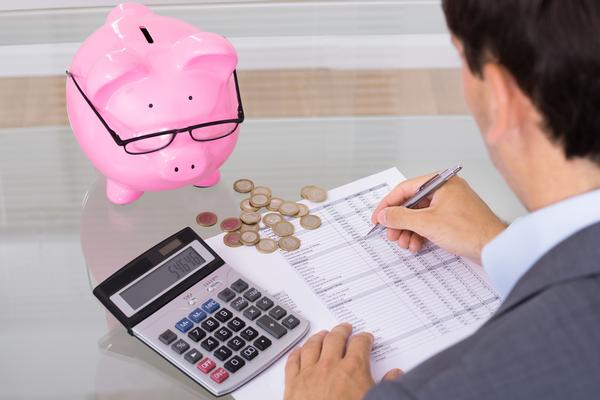 The long term price of energy continues to rise, and organisations are under constant pressure to save energy and drive costs down. Sustainability has become a hot topic, and for many organisations a focus area. This has understandably led to energy hungry items such as motors being replaced.

Unfortunately, when it comes to steam traps, people often ignore them. There’s a complacency about them that is costing steam users much more than they realize. The hard reality of a plant maintaining its boiler and forgetting about the rest of the steam system can be a horribly wasteful proposition. Losses can include not only wasted energy, but problems with production, and in extreme cases damaged equipment.

Not all process steam leaks are visible, but visible or not they are certainly costly and if they are ignored the hidden costs are far greater than many realise. A single leaking steam trap found on a steam trap survey replaced or repaired can cover the cost of an entire steam trap survey or if a steam trap is blocked, greatly improve heat transfer efficiency and reduce the likelihood of potential waterhammer problems.

Up to 20% of the steam that leaves a steam boiler can be lost in a plant via leaking steam traps. An example is a steam trap with a typical 3mm orifice under a pressure of 7 bar which results in the loss of approximately 25 tonnes of steam per annum.

Once steam has passed from the steam distribution system it moves to the steam consuming piece of plant. This could be to heat a medium by exchanging the heat in the steam by the condensing of the steam against a heat transfer surface, or to heat a medium by injecting the steam directly into it. It could be also be used to drive a mechanical piece of equipment like a steam turbine. The piece of steam consuming plant will typically have a control valve or similar to control the amount of steam used in it. Depending on the piece of equipment it will probably have a steam trap or similar to remove condensate as it forms but close and trap steam when no condensate is present.

Therefore the purpose of a steam trap is to trap steam and stop live steam escaping, however when condensate (condensed steam), air and other non-condensable gases are present (or formed) the steam trap must discharge these.

Steam traps operated in many different applications, pressures, temperatures, and locations. There is no way that one size or type of trap can be suitable for all of these. Therefore steam traps come in different types and sizes.

Under ISO 6704:1982 there are three classifications of steam traps. These can be defined below:

There are several ways of checking that a steam trap is working correctly. This can even be incorporated as part of the steam trap station. However, typically, industry takes three broad approaches to test steam traps:

Visual inspection depends on a release valve situated downstream of the steam trap. An inspector opens these valves and looks to see if the trap is discharging condensate or steam. This demands an in-depth understanding of the difference between flash steam and “live” steam, and can expose the technician to the potential and damaging release of hot steam. Therefore the release valve must discharge to a safe place. Though a relatively low-cost option, there is a small additional cost associated with installing online visual testing components. Another visual way is if the steam trap station has a sight glass mounted after the steam trap. Again the technician must an in-depth understanding of what they are looking for in the sight glass.

Thermal tests can be achieved with many different devices. Each has pros and cons. However while thermal measuring equipment is a vital weapon and must be an integral part of a steam system testing program, it cannot provide a definitive answer on a steam traps health. During infrared testing, the effect of the piping composition and/or insulation material on emissivity must be considered.

The ideal listening device allows the technician to listen to the sounds of steam trap operation while ignoring most ambient pipe sounds. This is where ultrasonic listening devices excel. Since they are sensitive to high frequency (short wave) signals, they tend to ignore most stray pipe signals. Also, they are very directional in their pick-up. For this reason, they will allow users to hear and see on meters the exact operations of steam traps.

Ultrasonic detectors usually have a stethoscope module, which contains an ultrasonic transducer attached to a metal rod that acts as a “wave guide”. The wave guide is touched on the downstream side of a trap to determine trap condition such as mechanical movements or steam and condensate flow. Most ultrasonic detectors amplify the high frequency signal (typically between 20-100 kHz) and translate them into the audible range where they are heard through headphones or seen as intensity increments on a meter. Some include frequency tuning to allow users to tune into desired trap sound.

The sensitivity of most high frequency monitoring equipment allows the testing person to hear not only completely failed steam traps (blowing steam), but even leaking steam from a trap in operation. Knowing what to look for and listen to is one of the challenges with this type of equipment, so the experience of the technician is therefore of paramount importance in the process.

Just as important as testing each steam trap itself is the recording of the testing results. As a general rule the following should be documented:

Tag trap with its own numbered tag.

Provide the result of each trap test itself; working correctly, leaking failed open, failed shut, plugged, not in service, etc.

A proactive steam trap management programme can have a huge impact on lowering energy costs. It can either be done by on-site personnel or contracted out to one of the many specialists that offer this type of service. Once the survey has been done, always ensure that any faulty steam traps do actually get changed or overhauled.