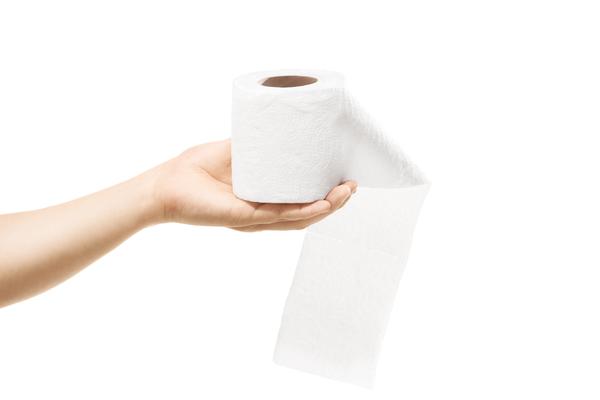 Following on from our last article on paper, we decided to cover the topic of toilet paper, otherwise known as tissue paper, and how steam is vital to its manufacture.

Tissue paper manufacturing machines are very similar to paper machines. However they are smaller in size and have a different dryer section, known as a Yankee dryer.

Tissue paper is distinct from normal paper in that it is used to make toilet paper, nappies, paper towels and other absorbent products. Tissue paper needs to be soft, bulky, and absorbent. Toilet papers are further distinguished from other papers in that they have to be fairly weak, to allow disintegration in water.

Toilet paper can be; one or two ply, meaning that it’s either a single sheet or two sheets placed back to back to make it thicker and more absorbent. Colour, scents, and embossing may also be added.

Toilet paper is a fairly modern invention, making its debut around 1880 when it was developed by the British Perforated Paper Company. Made of a coarser paper than what we use today, it was sold in boxes of individual squares. In America, the Scott Paper Company made its Waldorf brand toilet paper in rolls as early as 1890. The first rolls were not perforated, and lavatory dispensers had serrated teeth to cut the paper as needed. Since its introduction, toilet paper has changed little, although it is now perforated!

What tissue paper is made of

Tissue paper is made from cut down trees, or from recovered paper.

Waste paper is collected and recovered as it is a good source of fibre and can be recycled. Recycling also saves landfill space.

In this article we look at the role that steam plays in the production of tissue paper. By concentrating on the actual tissue paper production process we will describe the process from finished pulp onward. Pulp production is another subject in itself, be it be from trees, or from recovered paper. It also utilizes steam, and to do it justice we will be covering it in a future article.

Stock is the name given to dried pulp, and before it enters the tissue machine it needs to be pre-treated. To do this it is placed in a pulper and water is added to regulate the concentration while it is mechanically agitated. Chemicals can be added at this stage which gives the paper certain properties.

Beating follows and this aims to increase the tensile strength of the paper and the softness of the fibres. Before entering the tissue machine the stock is screened.

The Tissue machine itself

Tissue machines are very similar to paper machines in terms of the overall process; however they are smaller in size and have a different dryer section, known as the Yankee dryer.

Initially the stock is injected and distributed evenly over a wire which serves as carrier during the forming and de-watering. The wire consists of a woven cloth and runs through several dewatering steps. During the de-watering steps, the paper is formed when a network of fibres is created, with the water draining off. Further water is removed when the paper enters the press section and is nipped in one or two press rolls.

The paper is then transferred to the Yankee dryer, a large cylinder. Steam inside the cylinder dries the paper placed on the outside through the surface area. A casing covers the dryer where hot air is sprayed on the paper to enhance the drying. The Yankee dryer has three main purposes besides the actual drying. It transports the paper, delivers energy during the drying and serves as the base surface for the final step called the creping.

During creping the paper is peeled off from the Yankee dryer. Creping give the paper lower density and creates crossing creases. The paper then becomes elastic and soft. The quality of the paper depends mainly on how the creping is performed; under wet or dry conditions. The actual creping is done by the Yankee’s doctor blade that scrapes the dry paper off the cylinder surface. After this the paper is then wound on jumbo reels that can weigh as much as five tons.

The paper is then loaded onto converting machines that unwind, slit, and rewind it onto long thin cardboard tubing, making a paper log. The paper logs are then cut into rolls and can then be wrapped in packaging.

The Yankee dryer in detail

As previously described this is a large, single steam filled rotating cylinder. It is typically 4 to 6 metres in diameter surrounded by a hood or air cap. The combined hood and single drum system is used to avoid the stressing and tearing of light or loose structure papers which would occur if groups of cylinder dryers were used (like is used is normal paper production).

The hood supplies hot, high velocity air that impinges on the tissue sheet. The hood of a typical Yankee dryer paper machine contributes significantly to the drying process and evacuates the moisture removed from the sheet after the pressure roll, this is different from a normal flat paper machine, where the dryer hoods usually contribute little or no energy to the drying process.

The dryer hood located around the outside circumference of the Yankee cylinder supplies jets of hot air that are impinged onto the paper sheet surface. After impingement on the surface sheet, the spent air and evaporated moisture are collected with the air and a large portion of the flow is recirculated in the air system.

The Yankee cylinder itself is most commonly made of cast iron. A Yankee consists of a shell, two heads, one centre stay, two journals and the apparatus for condensate extraction, which is fixed to the centre stay.

Steam provides the cylinder with heat for the drying by giving up its latent heat of evaporation and at the same time forming condensate. The steam itself is introduced through the rotary steam joint at the front end journal. At high machine speed the condensate forms an almost even water layer on the inside of the cylinder due to centrifugal force. This is called rimming. Most of the Yankee cylinders are of the ribbed design, this means that groves are machined on the inside wall of the dryer shell. As heat is transferred to the tissue, the condensate collects in the grooves. Individual siphon tubes called straw pipes are placed in each groove, and these remove the condensate. The condensate from the straw pipes is removed to a condensate header, and from there to the central collection pipe via riser pipes .The condensate is then removed from the cylinder through the centre of the drive end journal.

A steam trap is not used directly off the cylinder itself. To obtain the maximum heat from steam, ideally all the steam must be condensed. In practice, this never happens inside the dryer shell. A percentage of the total steam entering the dryer shell is never condensed and leaves the dryer mixed with condensate as two-phase flow. The uncondensed steam in the condensate is called ‘blow-through steam’.