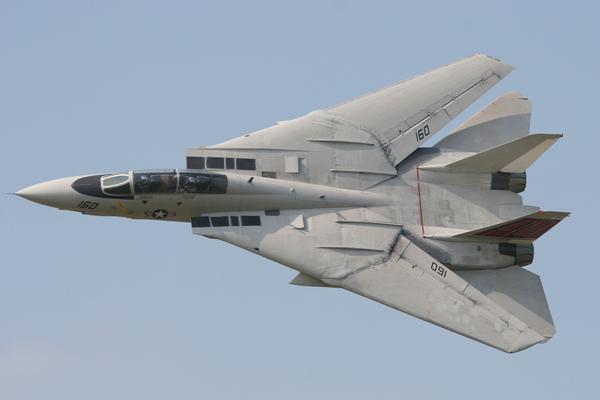 Top Gun, the 1986 block buster, staring among others, Tom Cruise and Val Kilmer has one of those openings which just “grabs” you. The drum beats, the arty shots on an aircraft carrier deck, the building up of tension, the team work from deck crew, the F14 Tomcat jet on full afterburner straining, and then… GO, the plane launches and “Danger Zone” by Kenny Loggins, is played as the plane disappears off into the dark sky. Yeah!! Makes you want to jump off the sofa and punch the air!  The fury of the jet’s catapult launch recedes as clouds of steam are left in its wake and waft back down the carrier’s deck… wait a minute did you say steam?? Yes one of the opening scenes of this iconic 80’s film would not have been possible without steam.

You can’t help but be gripped by the drama of the launch of a jet from an aircraft carrier. The jet in question is an F14 Tomcat, the plane star of the film. The F14 Tomcat was the supersonic long range interceptor for the US Navy from 1974 to its retirement in 2006. Typically weighing in at over 20 tonnes the only way to get this jet (and indeed its successor the F18 Super Hornet) up to take off speed and flying from the short decks of an aircraft carrier is to use a steam catapult. The catapult can accelerate the aircraft from 0 – 160 mph in about two seconds (imagine the adrenaline rush off that!)

The history of the steam catapult goes back to the days after world war two when jets where starting to come to the fore in naval aviation. The rise in importance of the aircraft carrier to navies began prior to world war two and grew exponentially during the conflict, eclipsing the big gun battleships by the end of the conflict. As these carriers developed and became bigger their air fleets became bigger and faster, from draggy piston engine biplanes to sleek monoplanes. However the take-off speeds of even the fastest piston engine carrier aircraft were not a huge issue for carrier aviation. The coming of the jet powered naval aircraft changed all of this. Jets became heavier and needed to launch at higher speeds.

The modern steam catapult was “invented” in the 1950’s by the British and trailed on the aircraft carrier HMS Perseus. Today’s super carriers like the USS Nimitz class have four steam catapults for launching fixed wing aircraft from its decks. There are two “bow”, and two “waist” catapults on board. On a nuclear powered aircraft carrier steam is generated from the heat of the nuclear reactors. Steam is piped to where the steam catapults are located, below the decks on the front portion of the ship.

A steam catapult consists of a steam accumulator, two cylindrical tubes which run under the deck, two pistons which run inside these tubes, shuttle which is visible at deck level and which the aircraft is attached to, and a launching and exhaust valve. The aircraft is attached to the pistons/shuttle, and when it is ready for launch a steam valve off the accumulator is opened. The pressure of the steam prior to the launch can be varied depending on the aircraft type, weapon and fuel load. The steam pushes the pistons down the tracks very quickly which accelerates the attached aircraft. As the pistons approaches the end of the tracks the aircraft detaches itself from the shuttle and flies away (having reached/exceeded its flying speed). The pistons are then slowed towards the end of the tubes by a water brake. With the launch complete the pistons can be moved back to the start position ready for the next aircraft launch.

So that the shuttle can be connected to the two pistons there is a gap along the length of each cylinder tube at the top of their circumference. This allows the shuttle to travel from the aircraft launch position to the edge of the deck. So that steam does not leak from the gap at the top of each of the tubes there is a sealing strip which opens as the shuttle travels along and closes the gap after the shuttle. Obviously there is some steam leakage as the shuttle moves. This is the steam which comes visible at deck level on the aircraft carrier. Steam catapults are used by the United States, French, and Brazilian Navies on their aircraft carriers.

Thanks to the energy of steam and its unique properties a state of the art supersonic jet aircraft can take off armed and fuelled from the short deck of an aircraft carrier. This would otherwise take several thousand feet of runway. Perhaps if we ask nicely we might get the ride of a lifetime from a jet off a carrier… Well we can dream!