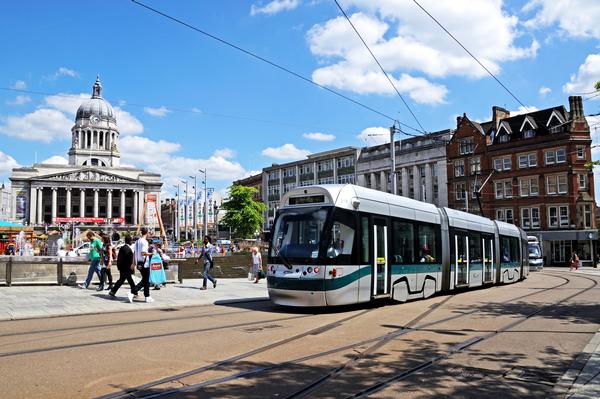 For an example of this in the UK we chose Nottingham, where domestic and commercial waste is used for both electricity and heat. Nottingham is a city in the county of Nottinghamshire in the East Midlands of England. The district heating network in Nottingham is the largest in the UK and has been providing heat and hot water for three decades. 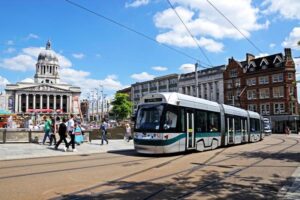 It all starts with domestic and commercial waste which is transported to the Eastcroft energy from waste plant. The plant combusts up to 160,000 tonnes of waste of non-hazardous waste from the region each year, meaning that unsustainable landfill disposal is not required.

Municipal waste and non-hazardous commercial/industrial/trade waste is delivered to site by lorry and tipped into refuse bunkers inside the tipping hall. Waste is transferred from the bunkers by grab crane into the feed chute of each incinerator stream. Waste is only fed to the incinerator if the temperature is above 850°C.

Each incinerator stream has a moving grate on which the waste is burned, with preheated air being injected above and below the grate. Combustion air is drawn from the tipping hall and boiler hall to reduce odours and dust levels in these areas and fed to the furnace via an air preheater. Two auxiliary burners, fired on gas oil, are installed halfway up each combustion chamber to maintain temperatures above the 850°C threshold. The auxiliary burners are also used to pre-heat the incinerators before start up. Hot gases from the combustion chamber pass to a boiler in which steam is raised. Flue gases leaving the boiler are cooled to about 130°C in the economiser to achieve the correct temperature for gas treatment.  Each incinerator stream has its own dedicated air pollution control equipment.

The incinerator lines can generate to 52 tonnes per hour of steam at 23.5barg 371°C. The steam produced is piped 1.5kM from the facility to an energy generation and distribution facility on London Road in Nottingham which is operated by EnviroEnergy Ltd. It is then passed through a condensing extraction steam turbine to generate electricity and provide heat to the district heating network. The district heating distribution network comprises of 85km of insulated pipework carrying pressurised hot water around Nottingham City Centre. This is used to satisfy the heating and hot water requirements of 4,700 homes and over 100 commercial premises, including the Victoria and Broadmarsh shopping centres, the National Ice Centre/Nottingham Arena, Nottingham Trent University, BioCity, HMRC, the Royal Centre and various other large local developments. 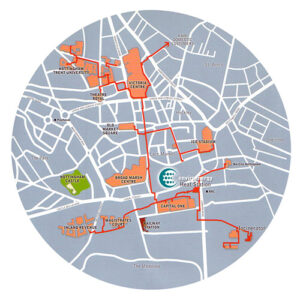 The advantage of the system to Nottingham is that 27,000 tonnes of CO2 emissions per annum are saved by the city’s district heating network. It also makes Nottingham the UK’s most energy self-sufficient city.