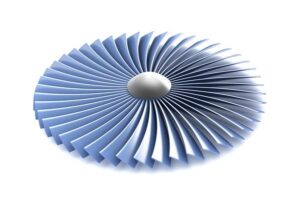 The world’s largest gas turbine, built at General Electric’s (GE) manufacturing facility in Belfort, France is being installed at the Électricité de France (EDF) plant in Bouchain, France. The first firing of the turbine is scheduled for December and commercial operation expected in summer 2016. This new combined cycle power plant will replace an existing coal fired power plant on site, which will be shut down.

Harriet, (nicknamed Harriet after a Galapagos giant tortoise), is the world’s largest and most efficient gas turbine, officially known as the 9HA, can achieve efficiency north of 61 percent when combined with a steam turbine. The machine achieves the efficiency because it uses advanced coatings, combustors and compressor parts originally developed by GE Aviation for jet engines. The plant has an output of 397 MW for the gas turbine on its own or a whopping 570 MW in combined cycle with its steam turbine.

With the increased integration of renewable energy sources such as solar and wind across Europe, one of the most complex power generation challenges has become enabling the greatest amount of flexibility while ensuring high efficiency and overall reliability. The sun doesn’t always shine and the wind doesn’t always blow, which is why the turbine has been designed so it can zoom from cold iron to full power in less than 30 minutes. GE’s 9HA gas turbine can also be “turned down” to as low as 30 percent of its top generating capability while still meeting emission requirements.