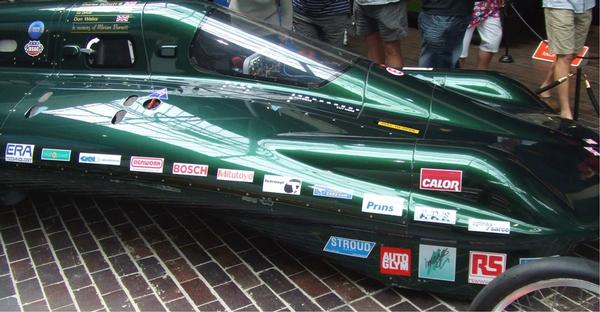 Following on from our previous article on the world record holding steam car please find below a collection of pictures and videos of the car. At time of writing the car is on display at the National Motor Museum in Beaulieu, Hampshire, UK. It is part of a display of alternative Land Speed Record vehicles.

The steam powered car was called the “British Steam Car”. Built by a small core team of 15 individuals in Hampshire UK, the car was chosen by CNN and Time as one of the best innovations of 2009.